Request New Password
Request received
Further instructions have been sent to your email address.
Enter New Password
Please enter a new password and you'll automatically be signed in to Asset TV.
The link is wrong or has expired. 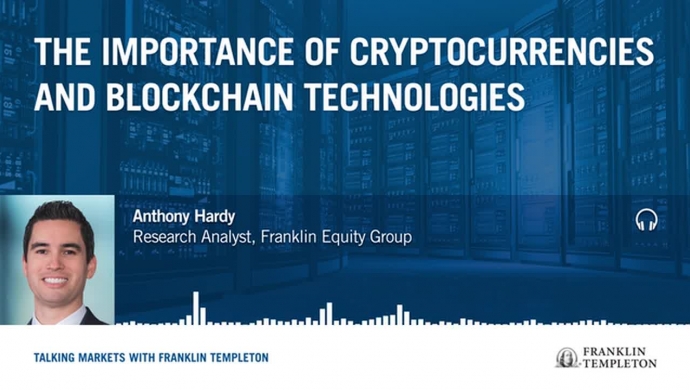 The Importance of Cryptocurrencies and Blockchain Technologies

Share
Add to Watch Later
Add to Playlist
Cinema Default View
"There is so much going on in the ecosystem and what’s exciting about this trend is that, it has global implications. Innovation in this space is happening across the globe. It’s not just something that’s happening here in Silicon Valley and expanding. I mean, this truly is a global trend, which is why we think everyone should be at least paying attention and understanding what’s going on."

It may contain errors and omissions.

there's really three key messages share. One is the fact that, you know, there is an actual technological breakthrough that's happened here. Like there's a reason why so much value has been created and that that main breakthrough is this idea of digital scarcity. Um well, Blockchain technology enables is for, you know, two people who have never met each other before to transmit value over the internet. And this was not able to be done before, either had to have a bank or payment processor or you know, some sort of lender like in the middle to to enable the exchange of value on the internet. Um so Blockchain enables us and that's why a lot of times you'll hear parallels to the internet, right? It's it's a decentralized protocol, uh it reduces friction, it enables innovation. Even the internet was criticized early in its days. But the key parallel in my view is that the internet enables the transfer of information, whereas Blockchain technology enables the transfer of value. And obviously there's tremendous things you can do because of that. You know, the second reason why I think it's interesting is the fact that while this will grow in cycles, there will be booms and busts. Really. If you take a step back and study the industry and look at the long term trends, it is clearly up into the right every time there is a bull market, it brings more capital, more developer interest, more media attention, more new users in the ecosystem. And you know, while some of that dies down a little bit in the subsequent bear markets each time the industry just keeps on growing and growing and building. So clearly that's where this has been trending, even though you will see it be very, very cyclical. And I'd expect that to continue. And then, you know, the last reason is the fact that the markets that could potentially be impacted by crypto are arguably the largest markets in the world, specifically the market for money, the financial ecosystem and the Internet. So, you know, each of those is worth tens of trillions of dollars in value, which is why it's important to know what's going on in this space just given the impact it could have on those industries.